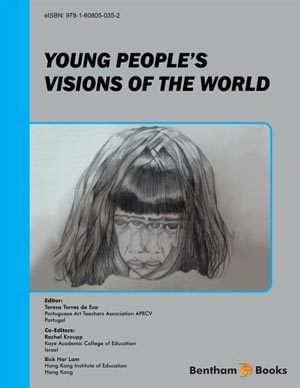 Young People’s Visions of the World

This eBook is the result of a research project carried out during three years: from 2006 till 2008. The study was not easy to conduct and implement. We had several difficulties to manage a research done by people from all continents in very different contexts and using different languages. But we slowly overcame most of them, may be because the reasons that motivated our study were purely personal. We did not have any kind of founding or sponsorship, so we were not bent by deadlines or other constraints. What motivated the study and ultimately justifies it was our interest in discovering what our young people think and express visually about the world because as art teachers committed with multicultural education and visual culture this matters a lot to us.

The Nature of Drawing

This chapter is a review of literature on the nature of drawing which intends to provide a brief guide for audience in the appreciation of adolescent's drawing described in this book. It presents to the audience varieties of viewpoints in perceiving drawing and what drawing could mean in human's life. The discussions of drawing were founded on the bases of the disciplines of art psychology, sociology and philosohpy. Popular themes and topics of discussion include mental reflection, realistic versus abstract drawing, technical or expressive matters, rhythm of drawing, importance of drawing for children and adolescents, drawing as education, which help revise the basic concepts and major debates in drawing. The conclusion of Chapter 2 has brought to light the new phase of drawing in the globalized world situation and how the studies of drawing on different cultures of the forthcoming chapters can predict answers to re-establish drawing as a prominent means to human's life and development in specific culture to share the values in common brought by adolescents' reflection from their engagement in drawing.

The Nature of Drawing Drawings from Australia

In the first part of this section Kathy McKay describes the study as it was conducted with Australian students presenting us Multimedia Imagery expectations in Queensland Academy for Creative Industries. In the second part of the chapter Venus Ganis makes an account of the drawings by students from The Gap State High School.

The present study is concerned with issues in the uniqueness and the global features of art works from Israeli young people reflecting their specific interests and perspectives about their life and world. The research population consists of 79 students aged 16-18 from three high schools in Beer- Sheva, Israel. When the research was conducted, they majored in art in the 11th and 12th grades. The findings of the research presented the following results: Some subjects deal with personal issues of selfidentity, feelings, personal situations, fantasies and dreams. The effect of the local daily events was shown through subjects from the fields of society, politics, security, and culture in Israel. Other subjects were influenced by figures and events portrayed in the global media, such as superheroes, fashion trends, social problems like drugs, and the worship of beauty. The knowledge that will be acquired from the research findings can be a contribution to the area of art education and to the understanding of society.

This section includes the Spanish researchers` reports and analysis of the drawings collected in three schools in the region of Catalonia. Laura Morejón Corredera sent us by mid 2007 the drawings from Olot-Girona in Spain. The 17 drawings were made by students from an art and design vocational course. Those drawings were pretty much influenced by comics, especially Japanese manga, normally mixed with other styles, for example some graffiti typography. A typical Japanese manga figure at this time had big and sparkling eyes, small nose, tiny mouth, and slim figure in fashionable dressing. Almost all the drawings were about practical objects or objects of desire (surf, clothes, sportive shoes, design objects). Esther Collados conducted the study in October 2007 with 45 students in the two schools where she conducted art classes in the city of Barcelona. According to her report, the influences of students between 15 and 16 years old are clearly related to: manga style and comics in general and graffiti. On one hand the messages that students want to communicate through their drawings are not always explicit, on the other hand, students are strongly concerned with the aesthetic aspects of their works. Older students’ drawings (18 years old) have more symbolic power. They are keen in communicating their concerns such as: 1º- Speed: The time passes very fast; 2 º- overloads: too many things to do in short time.

Drawings from Jundiaí and Ananinpua

This section presents the results of the analysis of drawings collected in Jundiaí and Ananinpua, Pará, Brazil during the years 2007 and 2008.

This section reports the results of the study in the region of Minas Gerais, also in Brasil conducted during 2007-2008.

This section presents the results from the study in Portugal which was conducted during 2006, 2007 and 2008.

The study in Croatia was led by the researcher Mirjana Tomasevic Dancevic.

For the purposes of getting a good insight into personal interests of 15-18 year-old Croatian students, the sample of their art works was selected with the aim of obtaining diversity in representation. So, 164 artworks were collected from 150 pupils from seven schools (four different types of upper secondary schools/ programs) in six different towns. Six visual arts teachers, two teachers of History of Art and two non-art teachers were involved in the project. The researcher has also worked or at least was present in the classrooms with most (groups of) students, especially when collaborating with non-art teachers.

The majority of art work consisted of figurative drawings or paintings. However, non-figurative drawings/paintings were included as well. A considerable number of the art works revealed elaborate preparation (vocational art schools). The influences from Western modernist artists as well as from the global teenager culture were observed in the drawings. The national symbols such as the water-tower in Vukovar and football arms/players were observed as local influences.

This section reports the result of the study conducted in 2007/2008 at Harbor City International School (HCIS) in Duluth, Minnesota (USA).

This section presents the results of the analysis of the drawings from two schools in Budapest, Hungary.

The participants in Hungarian research team were:

Tembo conducted the study with his students and collected 38 drawings in the Escola Nacional de Artes Visuais, ENAV. This section is based on his reports.

Fifty drawings of Hong Kong’s adolescent age rangeing from fifteen to eighteen were collected for study; it was a part of an international research project entitled “Drawings from the international study - Personal Cultural and Environmental Interests in Youth Art Works”, that took place during 2007-2008. The study focuses on three main research questions: “what is the intention and motivation of drawing of adolescent?”, “what are the skills adolescent used in drawing? and “how globalization and traditional cultural images are reflected in Hong Kong young adolescent’s drawing?” This chapter presents the findings on these two separate but connected parts, based on one selected drawing of the fifty adolescents. Analysis on the images and written record on the intention of making that specific drawing was performed, by constant comparison and content analysis methods. The intentions were categorized which resulted in a spectrum of aims into a continuum of “art for art’s sake” and “art for life’s sake”. While images on Chinese ethical tradition, Chinese cultural beliefs, and morality were identified, global images such as boundary-free cartoon images, art styles, and visual representation of world events emerged in Hong Kong adolescent’s drawing. The study aims to discuss how adolescents consider drawing and value drawing in a critical period of growth. The discussion suggests that, in a globalized environment in which uniformity instead of varieties between different cultures is recognized, the school curriculum should try to sustain cultural values that is a precious asset of a nation, while trying to keep track with world economy. The conclusion addresses the importance of drawing in adolescents and points out the preferred method of instruction of art to benefit adolescent growth and development. The study also supplements the existing literature that drawing is an important activity in the community to promote human qualities; it enhances intelligence for human development.

The drawings from Japan collected by Ishii Masayuki in Kitateshima Junior High School during 2006 /2007 revealed local and global cultural aspects. Students showed their ideas about ecology and a highly technological future, war and peace and love for music. Young people also suggested a world of harmony in human relationships.

This chapter presents the results of the analysis of drawings collected in Laconia, Greece during 2007/2008 in Sparta and Geraki.

Listen to the Drawings: A Possible Interpretation of Young People’s Visions of the World

In this final chapter we intend to present a possible interpretation of the results of our international research study about the interests of young people aged 15-18 years old as they are depicted in their drawings. During two years, 1613 drawings were collected from schools in Israel (78 drawings), Japan (123), USA (31), Hungary (400), Mozambique (38), Australia (64), Brazil (242), Spain (62), Croatia (150), Hong Kong (35), Greece (200) and Portugal (190). We selected a few of them to try to understand possible meanings and content. By looking at or listening to the drawings we realised the unique value and the need for understanding young peoples’ own culture, and the influences behind them.

It is widely agreed in art education literature that art educators need to think about the possibility of widening the concept of art education. Educators need to understand the context of learning and for that they need to understand student interests in both local and global aspects. This book values young people&rsquo;s expression of their own culture and personal interests. It is unique in that the starting point is the drawings of the young people - not to illustrate a predetermined theory, but to enable young people from different countries to express their visions about the world - illustrating their opinions, fears, expectations and own cultures. 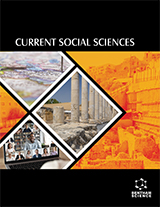 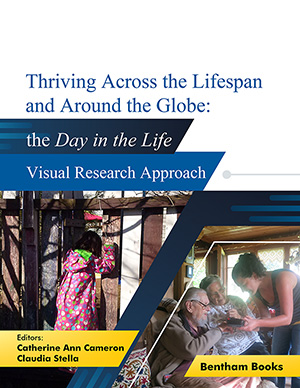 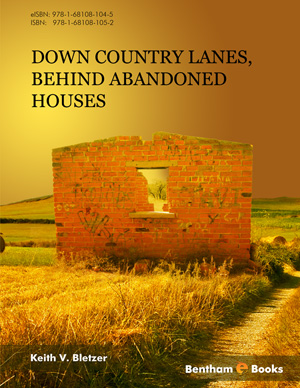 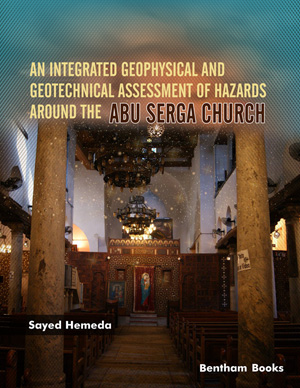 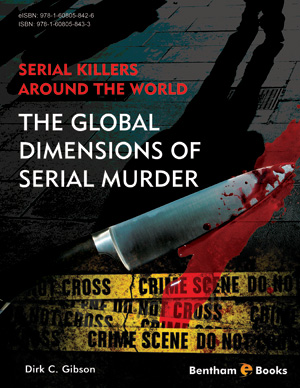 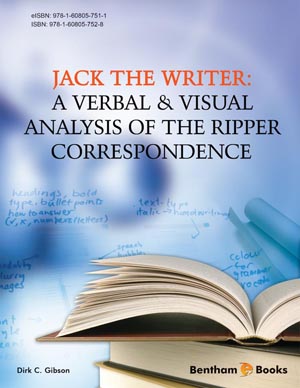 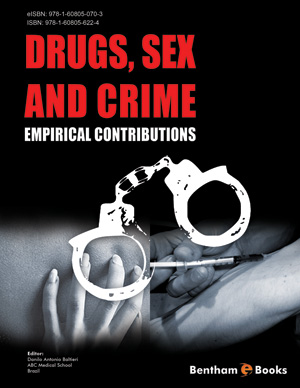 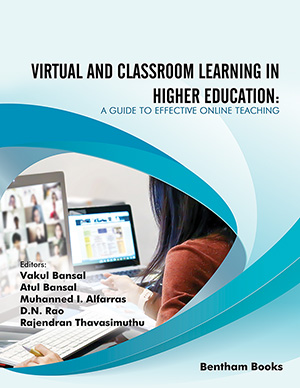 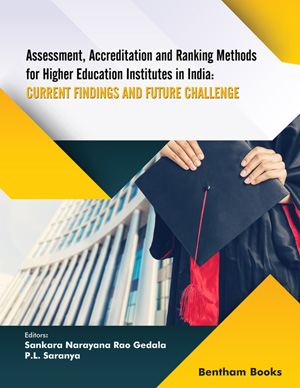 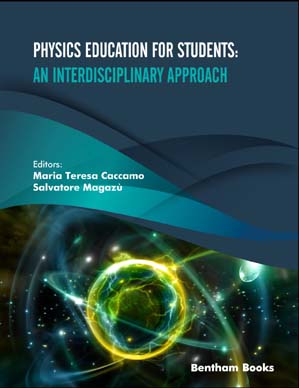 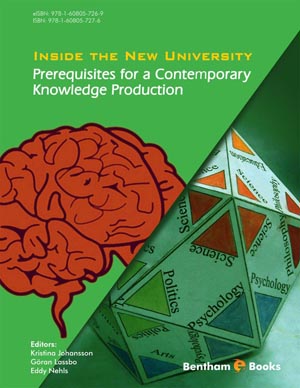